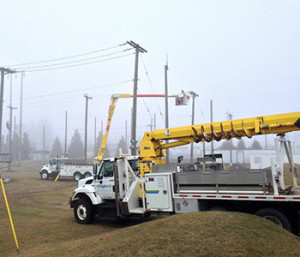 Michael Wrinch and Mark Dubois-Phillips both of Hedgehog Technologies co-authored a recently published technical report for the National Research Council of Canada and the Alberta Electric System Operator.

This report presented findings from their study of the regulating reserves in Alberta.  The objective was to assess the potential for fast-acting energy storage such as batteries, flywheels and other technologies to enhance Alberta’s  electrical grid regulating reserve. Results of the study revealed that fast-acting  energy storage resources can positively impact system response times under certain conditions; specifically, when the conventional reserve fleet is replaced with 50% fast-acting assets and when resources are not close to the limits of their regulation range.

Regulating reserves in Alberta were studied through the analysis of measured AESO data and dynamic simulations of its electric system with varying proportions of fast-acting assets in its pool of regulation assets. The analysis revealed that fast acting assets positively impact system response times under certain conditions; however, additional study is required to adequately inform a specific policy reform or change to the requirement for regulating reserves.

The findings of the current evaluation are summarized as follows;

Stay connected with Hedgehog Technologies: on LinkedIn and Twitter

« Safety systems ensure reliable operation when you need it most
Engineering Collaboration, Transforming Your Business »