Starting a new job always carries some weight with it, especially when it’s the first chance to apply your recent academic success in the real world. For me, getting hired as an engineering co-op was about testing everything I’ve learned, in both the classroom and life, in a practical setting.

This transition into the workforce brought up some hard questions about myself:

Up until my summer co-op at Hedgehog Technologies I had been working in the labour, hospitality, and customer service industries. This would be the first job where my academic studies played a majority role in my day-to-day, using skills such as problem solving, adaptation, efficient learning and hopefully some engineering!

As a rookie co-op, I couldn’t have asked for a better first impression. The entire team welcomed me wholeheartedly on the first day and provided tests in order to grow my skills as an engineer and employee. In the beginning, Michael Wrinch (president of the company) created a tasks document which outlined some projects that I could start working through. This was a smart tactic as it allowed him to understand my strengths while transitioning me into the work flow since I really “didn’t know what I didn’t know”.

Over the next few weeks, I worked my way through every task on the list. Doing everything from product research, technical inquiries with industry representatives, creating Python training modules, and learning how to use a Python library to update graphical user interfaces for some in-house software. These exercises tested those crucial areas of problem solving, adaptation, and efficient learning. 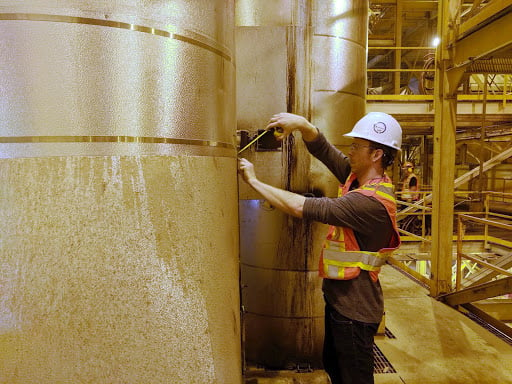 Midway through the summer, I was designated to help the software team meet a deadline at the end of August, which happened to be the end of my work term. My work suddenly transitioned from co-op specific tasks to mainstream project contributions...you know, “real” work.

The next stage of my engineering co-op had arrived and I felt both excited and nervous. I was moving into an ongoing project and about to delve into PLC programming, an area where I only had introductory knowledge about. That was the purest of co-op experiences, being thrown into the project environment, having to learn on the fly, communicating with both team members and clients, while utilizing all of the skills I had accrued up until that point.

Even though I still had that co-op aura around me, the team valued my opinions, treated me as an equal and created a situation for me to grow with the project. By the end of the summer, I really felt integrated into the company and started seeing my project contributions come to fruition.

Hedgehog Technologies offered the right steps and tools for me to succeed during my engineering co-op term. The breadth of experience they provided was incredible. Their commitment to fostering a positive workplace culture deserves praise and it served as a great model to be exposed to so early into my career. As I write this, I’m currently starting my second term with Hedgehog and I can’t wait to see what this summer has in store.

« Becoming a Hedgehog Part I: How I Landed My First Engineering Co-op
Hedgehog Technologies is Going to IAAPA Attractions Expo 2019! »